Review: The Warlock and the Wolf by Delfy Hall 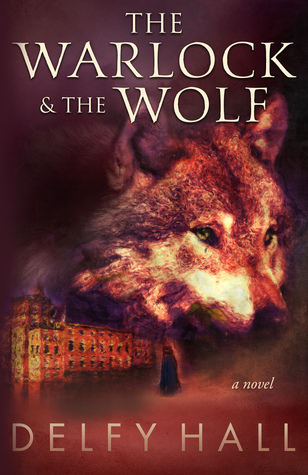 A scientist. A warlock. A wolf.

These three will determine the fate of Holland.

In 1647, Holland no longer persecutes witches, and many people don’t believe in witchcraft, including Mina Walraven, a young scientist.

Descended from freed slaves, orphan Mina trains as a naturalist in The Hague. She dreams of becoming renowned enough to succeed her mentor. And, of course, as a good scientist, she doesn’t believe in magic.

But when her parents’ killer, rumored to be a warlock, escapes from prison and kills again, she must question everything she knows in order to solve a mystery and save her world from destruction.

Book 1 of The Naturalist takes the reader on a magical adventure into the Dutch Golden Age.

This story reminded me of the book Witch Child by Celia Rees, which was o

ne of my favourite’s growing up so I enjoyed the sense of nostalgia that went along with it.
This reads like historical fiction with a twist of Norse mythology, which is always a winner in my book! The main character, Mina, is out in the forest observing animals to learn their habits and sketch them for a compendium of wildlife she and her mentor are compiling, when she is attacked by a stryx (badass owl with an old hag’s face, servant of evil magic doers).
After she’s scratched by the stryx, she gains the ability to talk to and understand animals – including the giant wolf Basa, who protects her as she seeks revenge against the warlock Gregor, responsible for the death of her family.
Even though witches are no longer persecuted in Holland, mostly because no one believes in them any more, Mina is wise enough to keep her new gift a secret though she does get caught trying to steal a comically greedy goose, to bribe him with corn in exchange for information.
Of all the animals she talks to, the goose and Flop, the demanding and narcissistic cat are my favourites for the giggle factor.
I did find Basa, the wolf, a little bit bland when it came to personality and with very little explanation as to why he was spending his time looking out for this poultry stealing madam.
While at dinner with her mentor and his family, she is introduced to Adam, a young and surprisingly/conveniently attractive minister who moonlights as a witch-hunter. Though she is a skeptic and atheist at heart, she finds herself attracted to this man and knows how important it is that he not find out what she can do – of course, in time, he does find out and seems to come to terms with it with surprising ease for someone who hunts witches.
After their first meeting, tragedy strikes and Mina is now on the hunt for Gregor, the evil warlock who has torn her family apart. He is searching for some items which will allow him to open a portal to a dark dimension and release a mythological creature who is trapped there, she must find out what he’s planning to do an foil him in the attempt or the world will be devoured – thankfully, despite some pretty significant boo-boos along the way with the wolf sighing at her stupidity, she is able to save the day and Holland survives to bring us the pancakes, clogs and windmills we enjoy today (it doesn’t actually say anything about those things but I assume that eventually happens).
I felt that the characters in this book were a little flat and struggled to identify with any of them apart from the greedy goose, however I did enjoy the story itself; the Norse mythology, the idea of magic in a world that won’t allow it and of course, the ability to talk to animals.

← Well hey there 2016, I’ve been looking for you!
Review: The Time Thief by Charles Stoll →