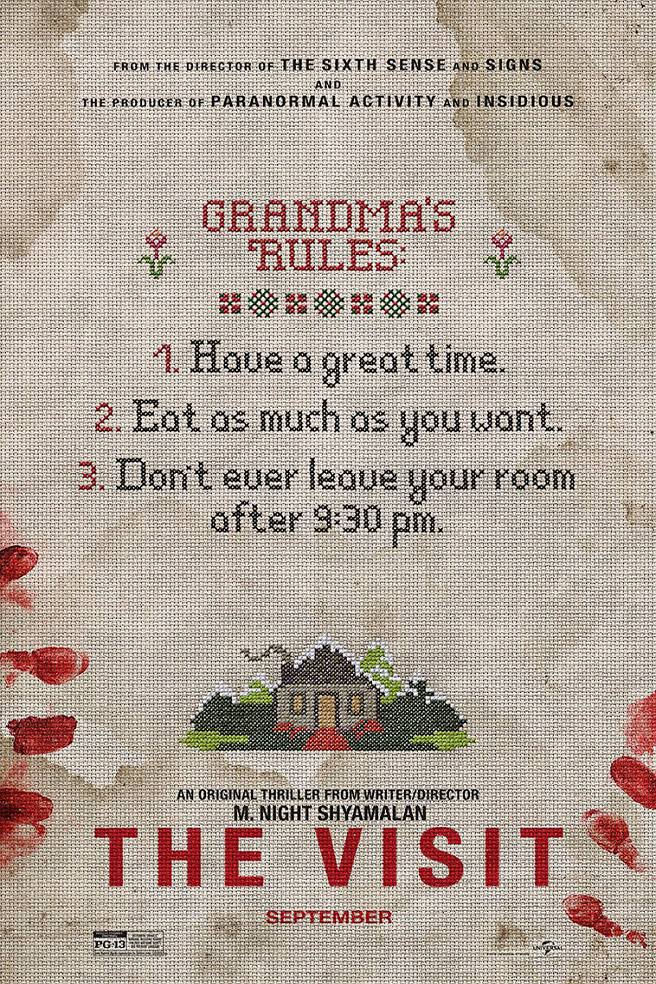 M. Night Shyamalan films will always get a look in from me, Sixth Sense and The Village made such an impact on me that I’ll forgive some of the flops in his repertoire.

Obviously I’m not going to give away the twist in the plot, but I reckon we’re all seasoned enough film viewers to know that there’s a twist…. so here’s what I will give away:

Two teenagers go to stay with their estranged grandparents so their single mum can go on a cruise with her new boyfriend, the eldest child, Becca, is determined to film a documentary about the whole week so her mum can get closure about her relationship with her parents. The youngest is a charismatic boy called Tyler who comes up with some spectacularly funny and inappropriate raps that actually had the audience giggling.

The first couple of days are all cookies and doilies, but then nanna and pop pop start getting a little bit weird… The two kids should be in bed by 9:30 because nanna is going to be running around in all her naked glory and scraping up the walls. It all starts getting a bit spooky and mysterious, then… PLOT TWIST …. Fin.

As a horror film, this has a nice elegant twist though I found it a little predictable just because I’m familiar with the director and was trying to figure it out the second the film started.

The characters are well developed and the kids are actually multi dimensional and not incredibly annoying, as you come to expect of kids in horror flicks. The cast was really good and did the story full justice, I’m quite impressed with the kids, Olivia DeJonge and Ed Oxenbould, and will be checking out any more of their work that comes out.

What did stand out about this film, especially compared to Shyamalan’s previous work, was the humour. If it had all been deadpan, I don’t think this film would have been much of a success but as mentioned before, the inappropriate rapping by Tyler is absolutely hilarious. At the ending credits, he lightens the entire mood of the film by summing it up in another rap – this may be the best part of the entire film.

While we’re on the subject of Shyamalan, I just checked out his website to get a bit more background – how cool is this?